Yep.
Accent UK went to Toronto's TCAF event.
Toronto.
Canada.
These trips are more about meeting completely new creators and making new connections than we were expecting to sell the number of comics needed to turn a profit, but we try to do at least one Convention abroad every year.
It's also about seeing what the independent comic scene is like in other countries.
And how do our books stand up in comparison. 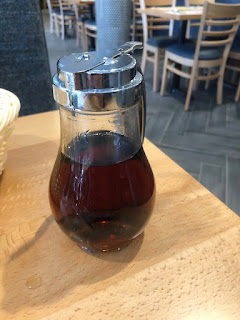 In Canada it's also about the Maple Syrup.
We arrived a day or so before the convention with the intention of just wandering, which is what we tend to do. Checking out the comic shops, in this case the rather impressive Beguiling Comics (who are involved with the Convention itself) and books stores and just, well, wandering. 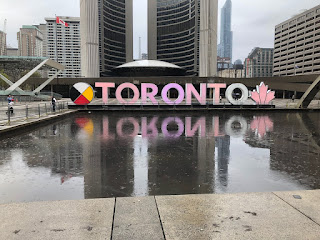 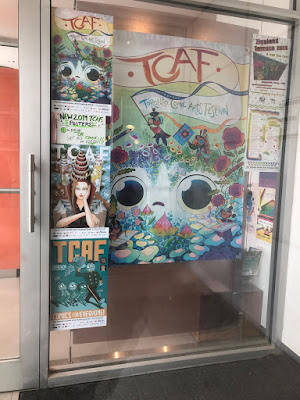 On Friday we attended a few of the lectures, by other independent creators and registered.
It all took place as billed and was pretty professionally managed.
It all bode well for the Convention itself. 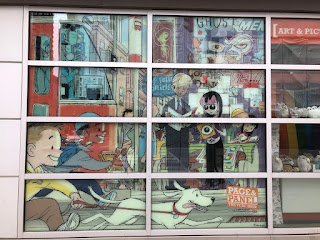 Saturday saw us walking the streets of Toronto again but this time pulling our suitcases, loaded with comics. We took advantage of the underground and it was all pretty straight forward.
The Convention itself was in the Library, on a number of floors, and the range of quality books was very impressive. 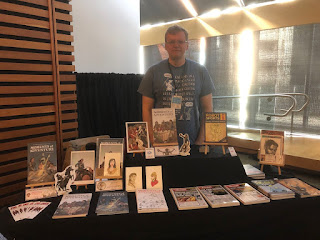 And there we were on our own little table in the corner.
Saturday was a slow start, and we did OK sales-wise. We had a lot of fun chatting with the Canadians and surrounding creators and also had the chance to wander around the Con a little ourselves.
Wow.
What a fabulous Convention.
Saturday night we decided to just chill and found, typically, a British themed restaurant where we had a good laugh with the waitress about some of the things that they hadn't got quite right.
Sunday was a better day, we sold out of a number of things and got low on the rest.
Had it been a Con in the UK we would have classed it as a good one for sales.
But it was in Canada.
So we classed it an excellent one.
We met a load of great people, met a lot of new people who now have a copy of at least one of our comics in their homes and had some fun with the creators on adjoining tables, and across the aisle.
Monday's flight back was in the late afternoon so we decided to go and say goodbye to The Thing.. 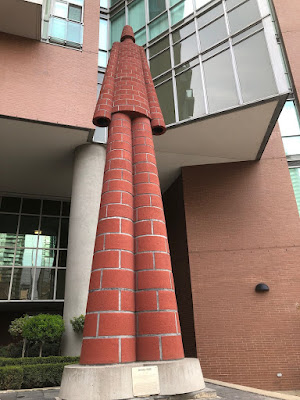 Oh, and try to pay a visit to the Museum of Illusion... 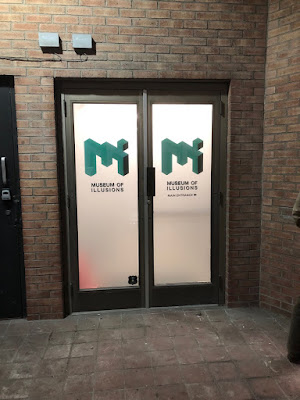 although for some reason we never did manage to find the entrance...
Posted by Dave West at 13:13