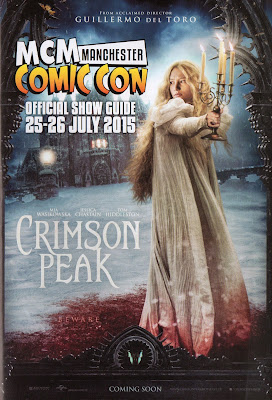 We're really getting into the whole 'MCM' things these days.
The comic village is growing its own identity as a regular section of the event and attracting a good number of people, whether these are bemused Cosplayers, mainstream comic customers or fans of independent comics.
It has quiet periods but it also has completely hectic 'can't deal with all the customers wanting to buy stuff' periods. 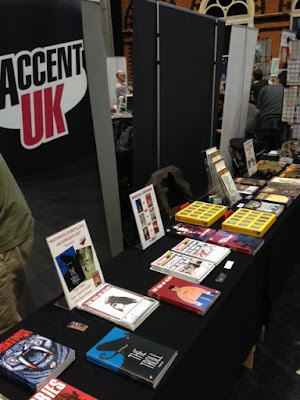 The sea of people in strange costumes seems never ending and it's fun working out who they are dressed as... or trying to in some cases (due to my poor knowledge of Manga and Anime, my daughter Jemma always had to explain those to us). 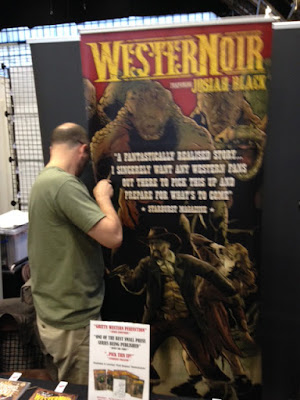 Two days stood on your feet, when you're not sat at the table painting or sketching, can be pretty tiring but you only notice it at the end of the day and it's a good kind of tired. 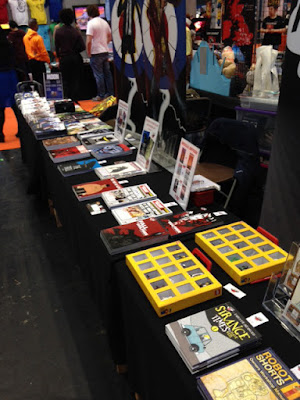 On a personal note the highlights for me were :-


The MCMs are quite an event. I only got to wander around a little on the Sunday and it is incredible how it has grown. On the logistics side, the queue system has been improved, the space between the stalls is about right, the food area is big and out of the way and the car parks are close. And more importantly everybody seemed to be having a great time.

Being our local MCM meant that we drove in each day, so there were no hotel bills and no hangovers. We did miss the socialising that comes with staying over but it is nice not to have all the hassle with sorting out hotels (and also the cost). As an Independent Comic creator, who needs to make enough money selling comics in order to be able to afford to print the next one, this is all important stuff. Which makes the fact that we sold more in Manchester than we did at the London MCMs all the more significant.


This MCM event also say one of the great mysteries of Comic Cons solved at last.
When Colin goes to get the tea, why is it always cold ?
A great two days and a great Con.

I've received the proof copy of issue 2 of our alternate history steampunk comic, Stephenson's Robot. I must say it looks great sat next to issue 1... 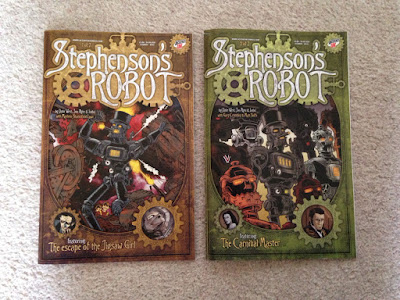 Andy Bloor's choice of colour for the surround works perfectly with Jon Ayre's colouring of INDIO!'s great illustration.
I can't wait to see these two sat side by side on the Convention table and this weekend's Manchester MCM. If you're at the Con then do pop over, Colin has reported on his blog that we have 6 new titles since last year, which is hard to believe. One of these is The Troll by Martin Flink, you can find out more about that lovely little comic over on AccentUKComics.blogspot.co.uk.
Posted by Dave West at 07:30 No comments:

Stephenson's Robot #2 is at the printers.

Yep, Issue 2 of our Steampunk, alternate history comic, Stephenson's Robot has been sent to Stuart Gould of UK COMICS CREATIVE for printing. 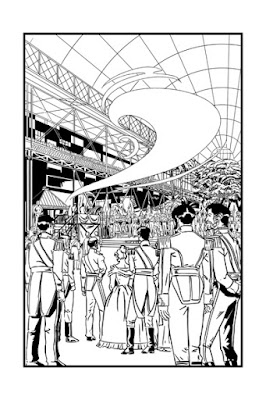 This issues back story has been illustrated by co-creator and artist of WesterNoir, Gary Crutchley and coloured by WesterNoir cover colourist Matt Soffe. 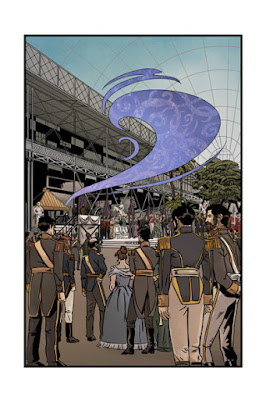 Just waiting to review the print proof copy and then it'll hit the presses ... or whatever they call them these days.
Posted by Dave West at 08:36 No comments: