Welcome To The Machine. 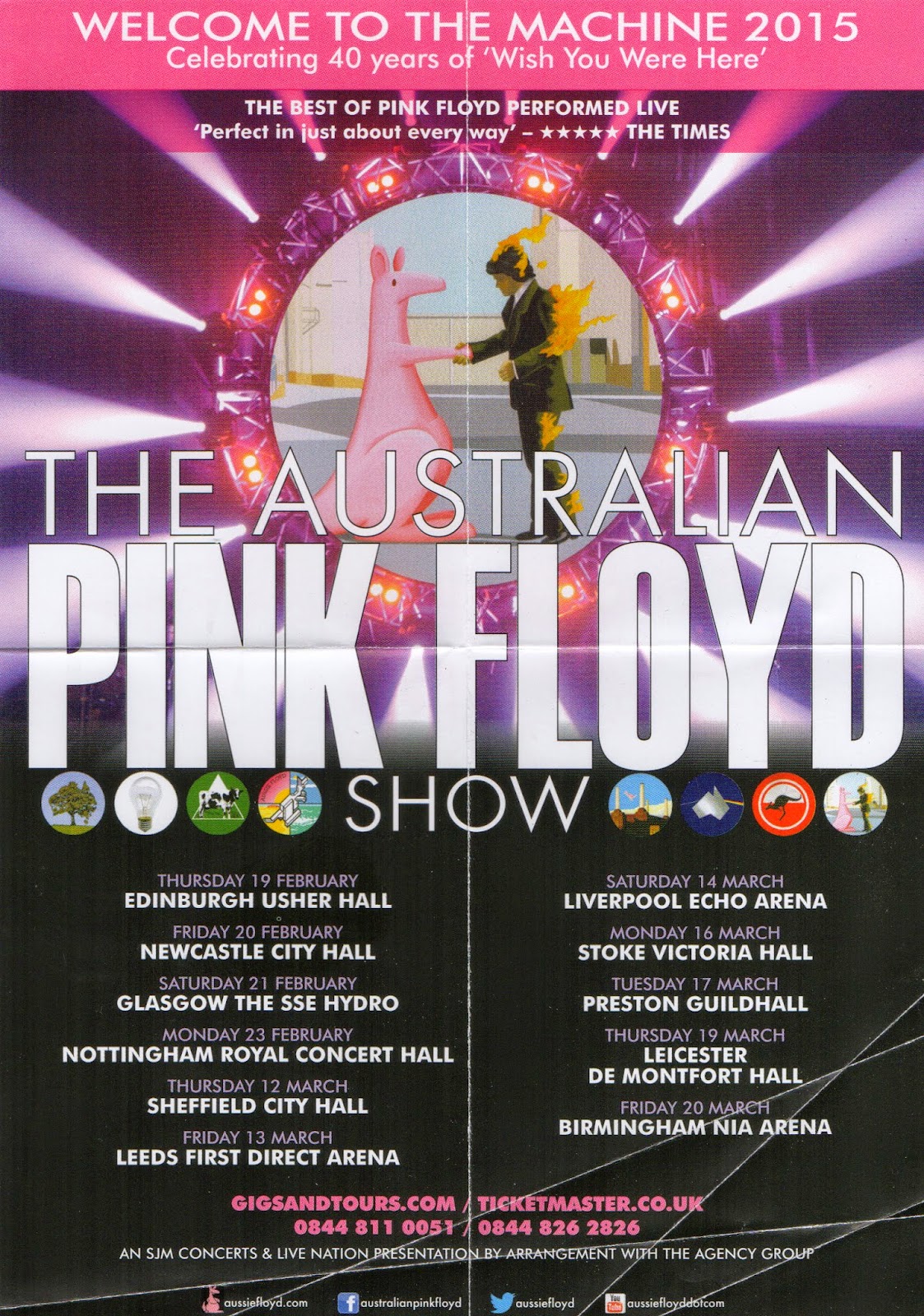 Last night a group of me and a group of old friends went to see the Australian Pink Floyd's Welcome To The Machine tribute to Wish You Were Here. 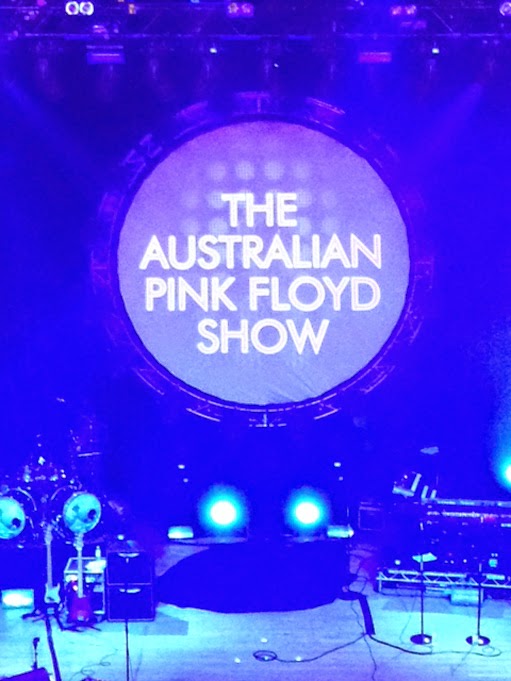 We went to see them about a year and a half ago when the theme of their show was Dark Side Of The Moon, and whilst that record (it's what came before CDs to anyone under 20) was the first LP (don't worry about it if you're under 20) I ever bought, I think Wish You Were Here is probably my favourite... 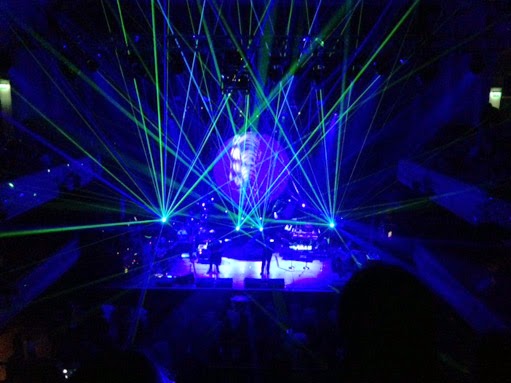 ...maybe.
It's difficult for me to choose between the two but I still play them more often than any other CD (as you can't play LPs in your car) I possess.
I guess the fact that I went back for more tells you how good I think these Aussies are. They let themselves wander a little at times, not playing things exactly as they appear on the CD, but not enough to bother me and actually, I quite like it. I'm sure Pink Floyd themselves allowed things to change a little in a live performance. Otherwise what's the point ? 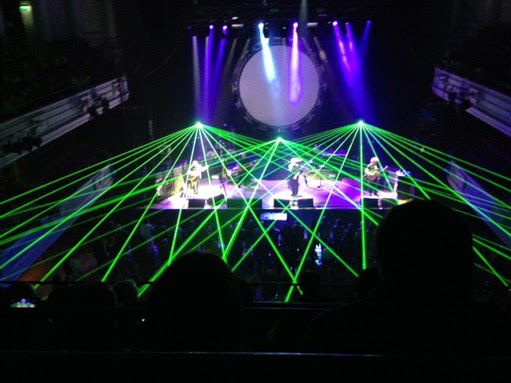 The first set was all Wish You Were Here, after the warm up song.
Fabulous.
After a 15 minute break they were back and mixed up Dark Side Of The Moon with tracks from The Wall and even a track from their last album... the one where someone actually sings. 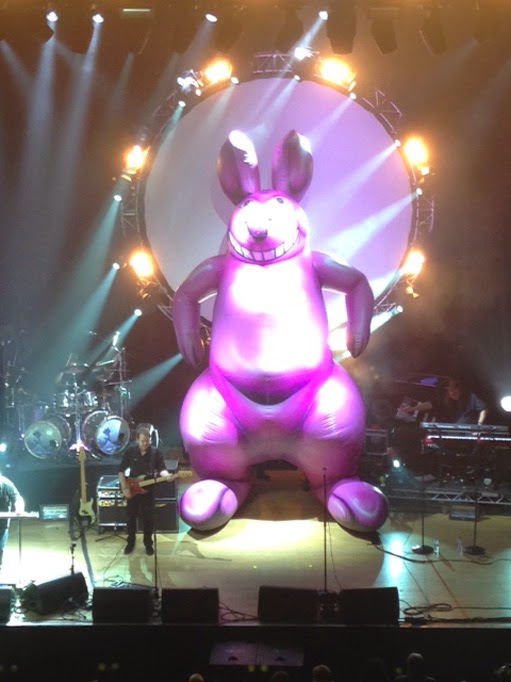 ...and of course there was the Australian version of the big pink pig that graces the cover of Animals. A huge inflatable Kangaroo... it's a shame that they couldn't let it bounce around the audience. It did look pretty big and wasn't filled with enough helium I guess. It probably would have hurt someone. 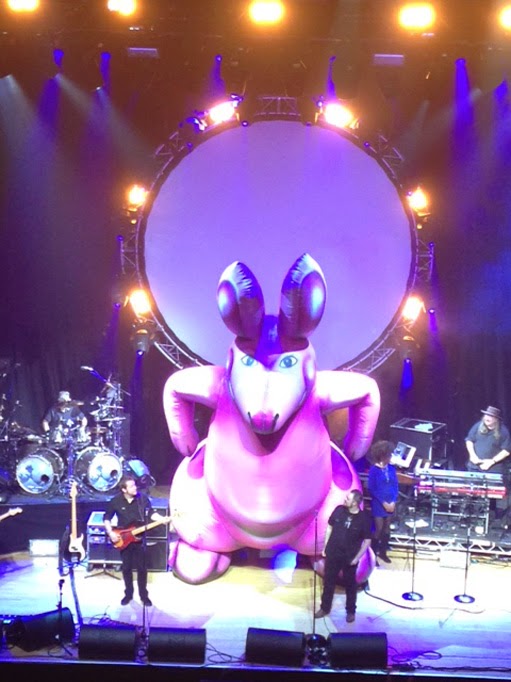 And then the Kangaroo took a bow and we knew that a great evening was coming to a close.
It was a shame that the audience all looked to be 40+ as I think a lot of younger people would get a lot from a concert like this...
It's a great way to discover Pink Floyd.
I'm looking forward to the next tour.
Posted by Dave West at 13:43 No comments: