I've not posted for a while, but that doesn't mean that I've been sat on a beach somewhere getting brown... or red.
It's a pretty hectic time at the moment with Comic Cons taking up more weekends than is typical, which means cramming everything else into the remaining days, and that's resulted in my finding no time at all to sit and write up the usual Con reports.
The last weekend in May then saw Accent UK, in the shape of Colin, Jemma and me once again getting lost driving around the Excel Centre trying to reach the venue. We do this event twice a year and every time we seem to get lost at roughly the same place.
Anyway, we were fortunate that they'd extended the set up time on Thursday night and so when we wandered in on Friday morning for the first day of the event, we were pretty much all set up.
Friday at the London MCM is becoming as busy as Sunday and the first day looked to support that trend. 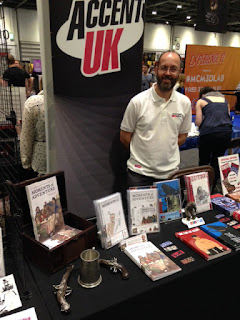 We did OK. We met a load of people and sold a good number of books but also had time to wander around and visit friends, Steve Tanner had his great new book Flintlock in pride of place and having read it myself now I must say it sets the scene very nicely for follow up issues. It even has a robot .. errr ... sorry .. Clockwork Man in it, which will always get my vote.
Saturday was crazy. 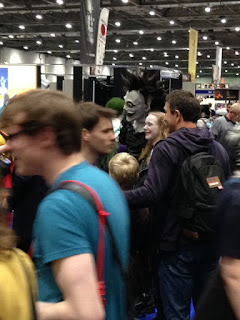 You couldn't move for the number of amazingly costumed characters parading around. 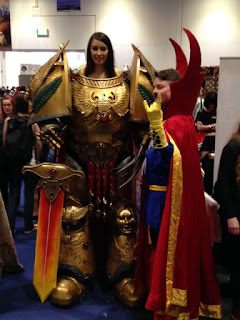 As I talked to customers about our Western and Steampunk books, both set in Victorian times it struck me that to people of that time this whole event would look otherworldly, what would they have made of it all. 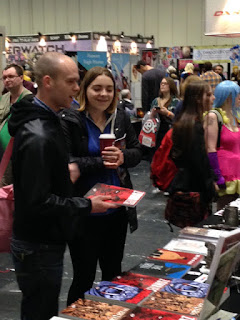 We had a great day on Saturday and spent most of it behind the table. Jemma took time out to go back the the apartment we'd booked so she could revise for her A-levels but the rest of us were pretty busy all day. Scott was on hand to help too, he'd come down by train (not saying anything about Colin's driving of course .. he had another reason for doing so .. or so he said).
Sunday was pretty much as expected. Quieter and we sold about the same number of books as we did on Friday. 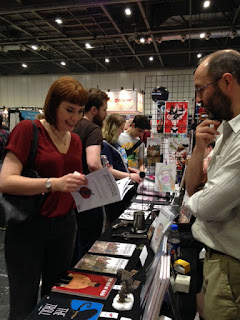 The London MCM then is like a finely oiled machine, it is all very well organised, has a massive attendance and is just 'established'. 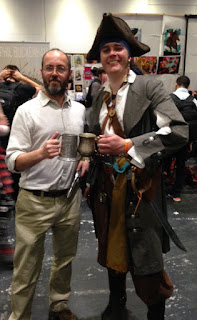 A long drive home on Sunday night after three days Comic Conning and the car was full of chat about the event, the future for Accent UK and fewer boxes of Accent UK stock. We always have a running joke that if we don;t sell enough books then there won;t be enough room for those who came down by train.
We have yet to have anybody have to take that lonely journey up north.
Yep, a great Con.
Posted by Dave West at 01:02