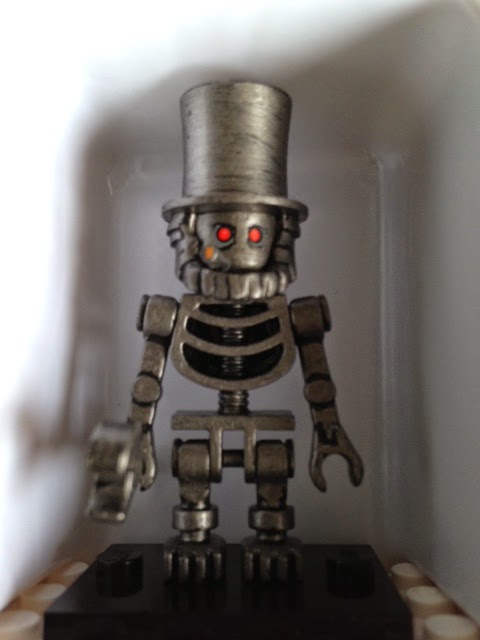 I took a copy of Stephenson's Robot to my local comic store, Millennium Comics in Northwich, and Dan (the owner) has posted some nice words about the comic on his Millennium Comics Facebook Page ... scroll down to the 27th November... as well as an order for 10 copies. Not sure about the Hellboy crossover though...

And, keeping with tradition, here's Stephenson's Robot, Kingdom himself, in Lego. 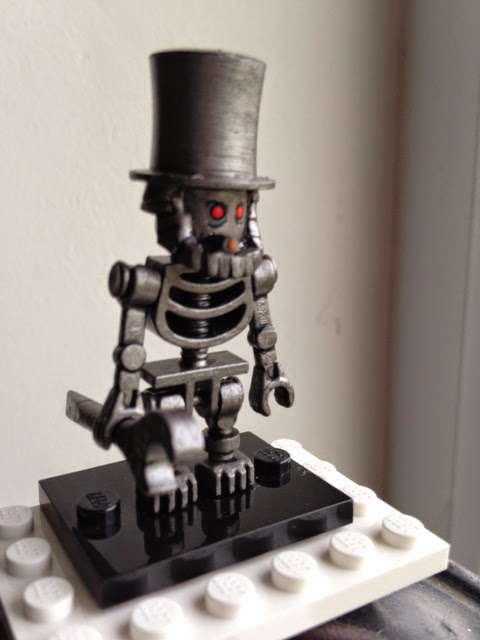 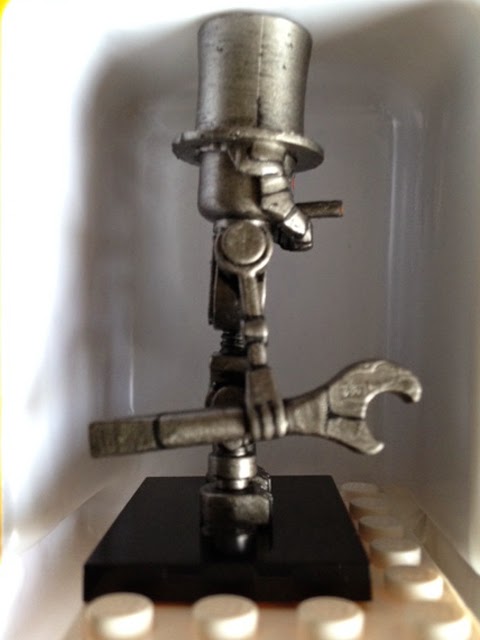 ''I just read 'Stephenson's Robot' #1 from AccentUK, it's the first of seven issues and I can't wait to read more! 😀 Written by Dave West and Jon Ayre the story introduces a colourful cast of characters, including asylum escapee Jimmy the wolf boy, the carnival master Mr Cruikshanks (with psychic powers and a sinister plan), the Jigsaw Girl (a nice spin on Ray Bradburys The Illustrated Man) and Kingdom - the steampunkish robot himself.
Featuring gorgeous art and colour from Indio! and Marleen Starksfield Lowe.. I'm looking forward to stocking this so I can recommend it to my customers, I know they will enjoy it as much as I did. Bring on the Hellboy crossover!''