I'm creatively involved in two books to be launched at next weekend's Thought Bubble in Leeds.
Stephenson's Robot has been in development for a while now, but it's quite an undertaking and we've taken our time a bit to make sure we're all happy that it's the best it can be. With amazing art from INDIO!, this builds upon the characters introduced very briefly in a tale in the ROBOTS anthology we produced a few years ago. 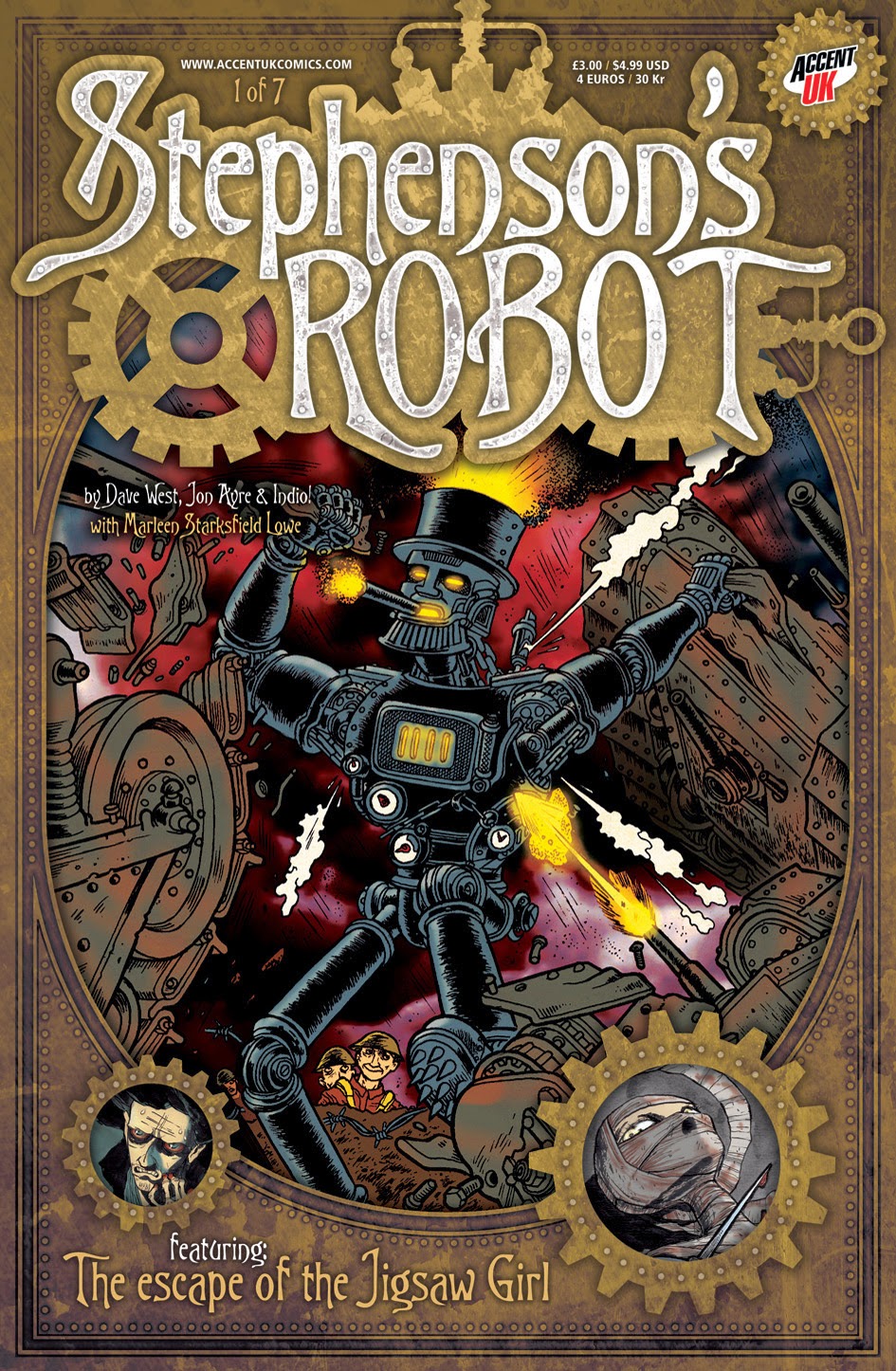 With a fabulous cover, designed by Andy Bloor, and a back up story illustrated by Marleen Lowe (whose work you'll have seen Whatever Happened To The World's Fastest Man ?) this seven issue mini-series will see events unfold in an alternate reality First World War. Written by myself and Jon Ayre with all character designs by INDIO!. I've been looking forward to seeing this book on our table for a long time now. And it's a full colour comic, I can't wait for next weekend.
The other new release is a companion comic to our WesterNoir mini-series, which will be continued early next year with Issue 1 of the second mini-series. Tales Of WesterNoir then allows us to tell the stories that surround events in WesterNoir, featuring main characters and minor characters alike. The first issue has tales from Gary Crutchley and myself illustrated by Roland Bird and Pedro Lopez respectively. 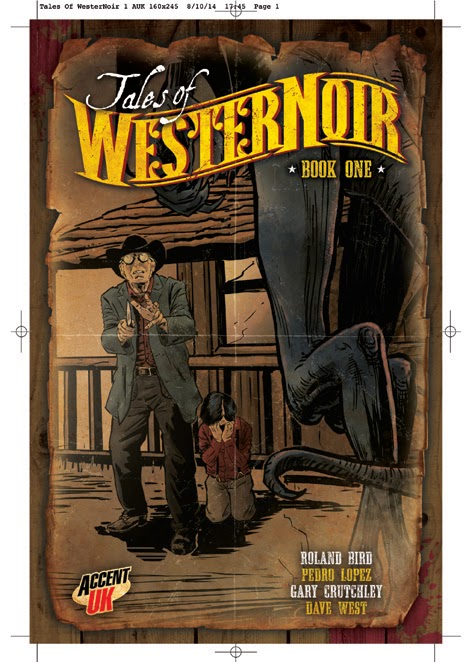 Again wrapped in a cover designed by Andy Bloor, illustrated by Gary Crutchley and coloured by Matt Soffe.
And if you're a fan of our Wolfmen books then be sure to check our Andy Bloor's self published Midnight Man... he's got the table next to us.
Posted by Dave West at 10:01