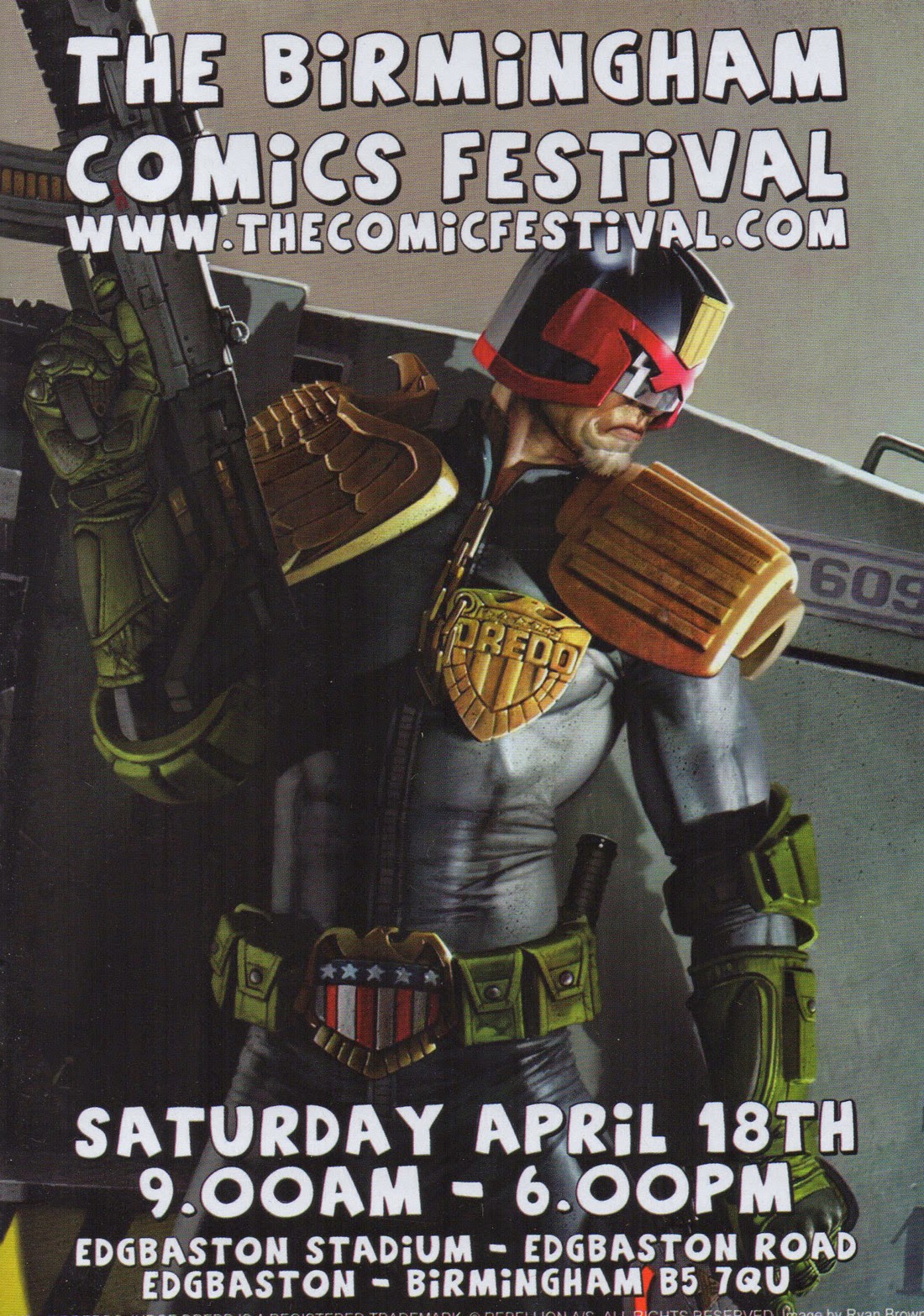 Accent UK have been to a good number of 'first time' Comic Conventions over the years, and we always expect them to have their organisational and logistic problems. We always expect attendance to be a little lower than we'd like and therefore do no expect great sales. You have to allow these Conventions the room to breathe and grow, so there really is no value in giving the organisers a hard time.
So, expectations low, Accent UK (Me, Colin, Gary and Jemma) were pleasantly surprised that this convention was, without a doubt, the best 'first time' Comic Convention we'd ever been to.
The advertising beforehand was impressive.
The organisation on the day seemed to be flawless.
The way the organisers treated the guests and exhibitors could not have been better.
The number of customers...., well, OK, the number of customers were actually typical for a new Con. The numbers weren't fabulous, but that said, there was always a steady trickle of people wandering around, stopping at the stall, chatting about our comics and buying stuff.
The quieter Cons allow us to meet our creative friends, sometimes for the first time in the flesh, which is always great. I won't try to list everyone but it was great to chat with Dave Hitchcock, usually we are both too busy to spend much time talking but at this Con our tables were back to back, Matt Soffee (who is doing such wonderful work colouring our WesterNoir covers, Andy Winter (who has been away from the comic scene for quite a while now) and Patrick Scattergood (who makes his own comics as well as reviews those of the likes of Accent UK).
A quieter Con also lets us have more time to chat with the people the other side of the tables, as the whole thing moves at a slower pace.
All in all we had a really enjoyable day, and for the record we sold 4 times as many comics as at any of our other 'first time' Conventions. I think this Con is going to grow into one of the great Cons and we've already signed up to come back next year.
Posted by Dave West at 06:48