Bumbling B and onwards.

I've had some really nice comments on my Bumbling B figure (see previous post) from Samantha Bryan and the people that are members of her Facebook group, which is really encouraging, and also from Jennifer Collier over at Unit Twelve on their Facebook Group.
So, I'm feeling even more determined to have another go.
This time though I've designed him around something I came across in a local antique fair.
Which has some really nice features... 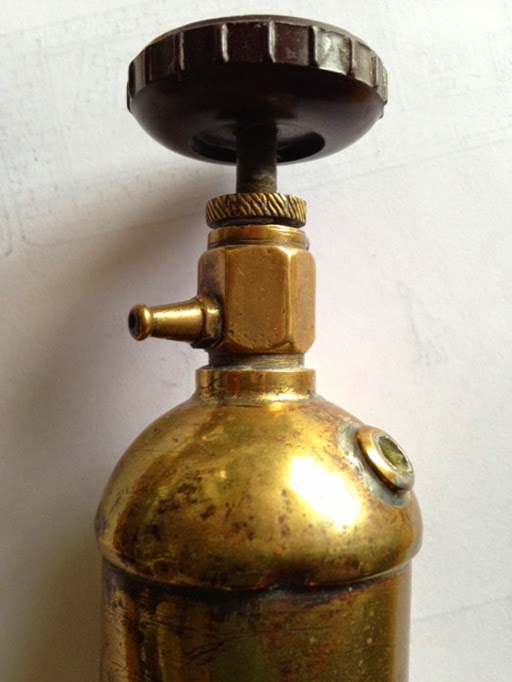 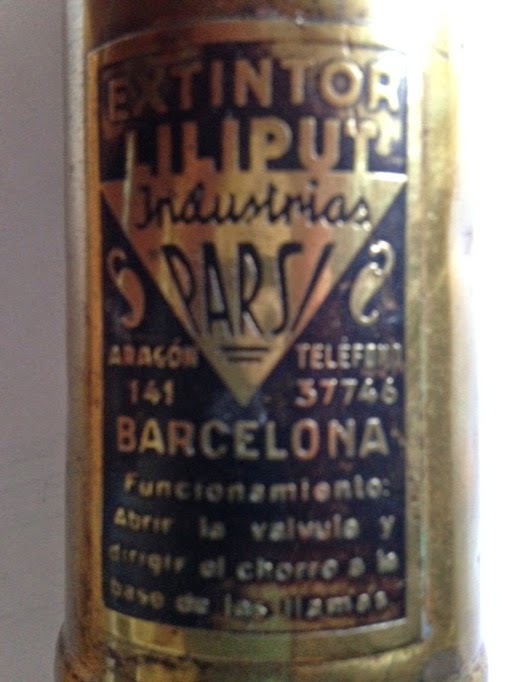 ...which calls it an Extintor Liliput, almost implying it's actually some horrible device for killing little people, so maybe it wasn't a fire extinguisher as sold to me.
Anyway, the figure I'm going to try and create around this will look something along the lines of... 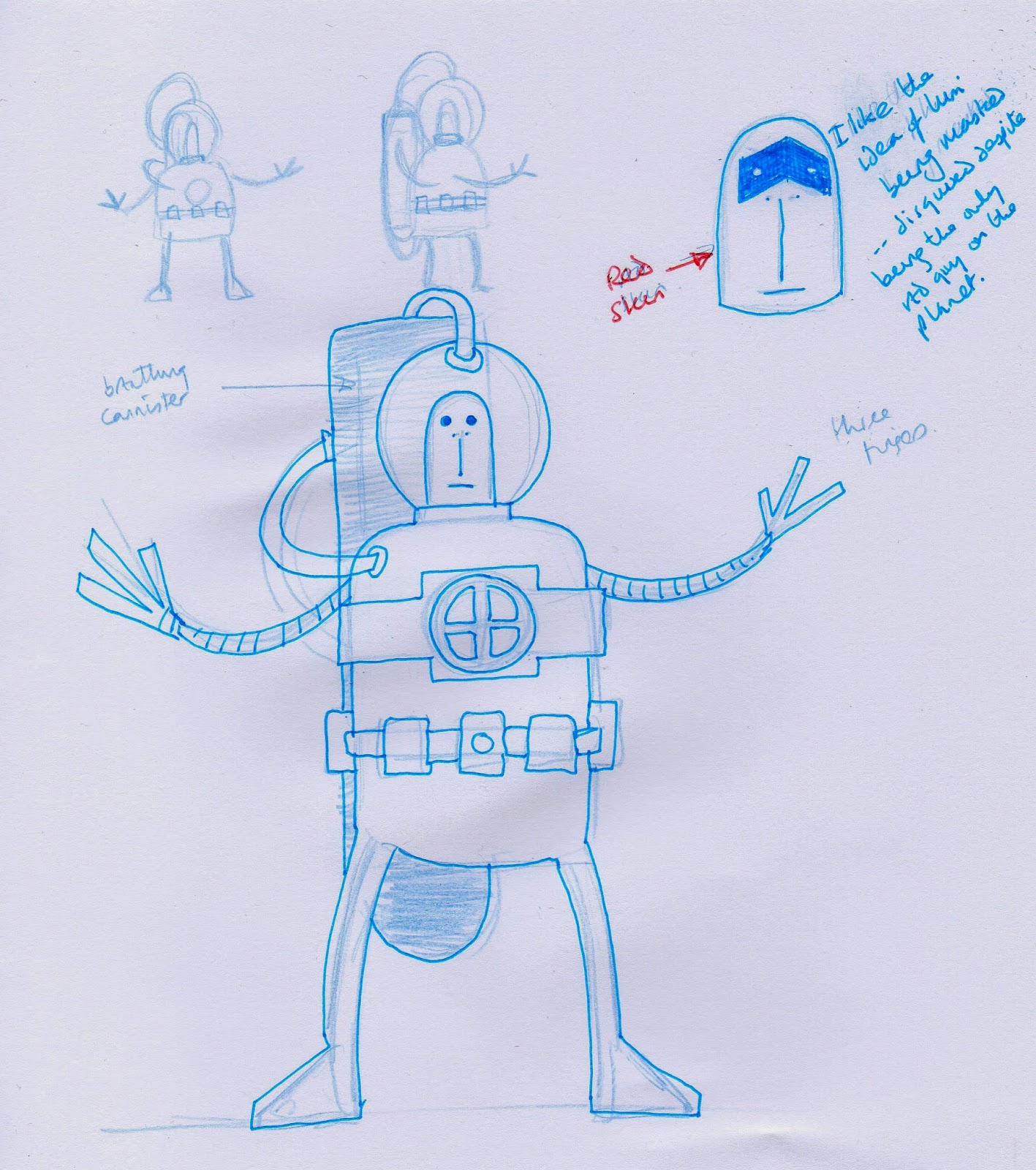 He'll be from another planet and the costume will be his spacesuit, needed to keep him alive. I think he'll wear a mask, to hide his identity, although he is the only red skinned individual around and hardly likely to be trying to live amongst us unnoticed.
It'll no doubt take me a long time .. but I'll post his progress now and then.
Wish me luck ..