Solomon Kane had the feeling he was being watched... 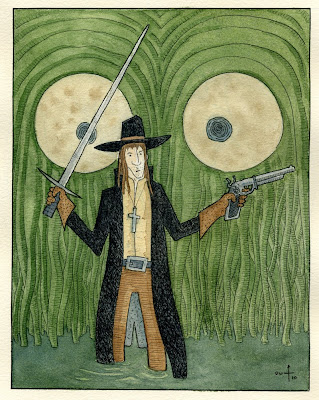 I watched the Solomon Kane movie and it was... OK.

Again they failed to capture the magic of Robert E Howard's stories and instead went for an adventure film that is probably a safer bet financially that trying to aim for something different. Sad really as they could turn out something memorable, and generate some real buzz if they took a few more risks. I wanted a horror story with a central hero and got Indiana Jones in olden times. What this film has successfully done though is lower my expectations for the Conan film that's in the making.