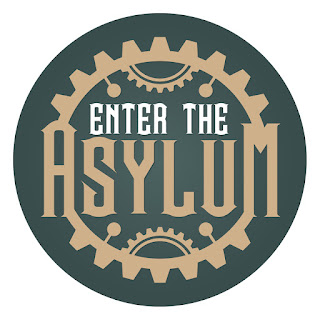 The first Kickstarter (KS) for me, and Accent UK, was Enter the Asylum.
This is a steampunk book written about the personas of the people who dress up for and attend the Steampunk shows across the country.
We started with a fairly small (24 page) colour comic and told stories of a handful of characters.
Involving the people themselves in plot development was an interesting departure from our normal approach, and proved to be fun.
Ahead of the launch we produced and handed out fliers at a couple of Steampunk Cons, and other comic shows.
We also plugged the KS on various Steampunk Facebook Groups.
Then we launched and went around the Facebook Groups again telling people it was now active.
A £500 target was hit very quickly, I think within a day or two.
The final amount raised pretty much paid for everything.
I think we were short a little on what we paid out for artists and colourists etc but it certainly allowed us to consider reporting the whole thing next year.
And every year going forward if the KS boost continues.
A great first Kickstarter.
Posted by Dave West at 05:35