A bit of a surprise for us, we've been invited to attend the first Warrington Comic Con Style event which takes place next Saturday. It's not going to be your typical Comic Con, there are no famous artists attending (that I'm aware of anyway), but it should be fun.
From a comic-in-development perspective Matt Soffe (our regular colourist for the WesterNoir covers) is in the process of adding his magic touch to the Carnival Master back story for Stephenson's Robot issue 2. Illustrated by WesterNoir co-creator Gary Crutchley and written by Jon Ayre, the issue will be printed a little later in the year. Here's a sample... 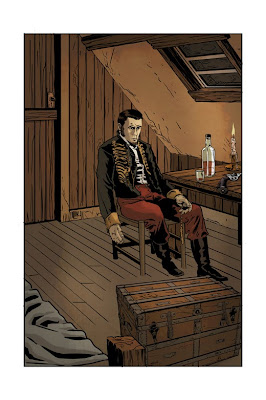 And if that isn't enough, the cover of Tales Of WesterNoir issue 2 is now complete, colours again by Matt, and is with Andy Bloor for his design touches. This will also be printed a little later in the year, but it's nice to have these things ready and waiting. 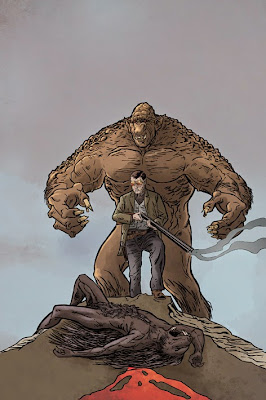 this issue will focus on Jim Wilson...
Posted by Dave West at 10:02