An evening with Kate Bush. 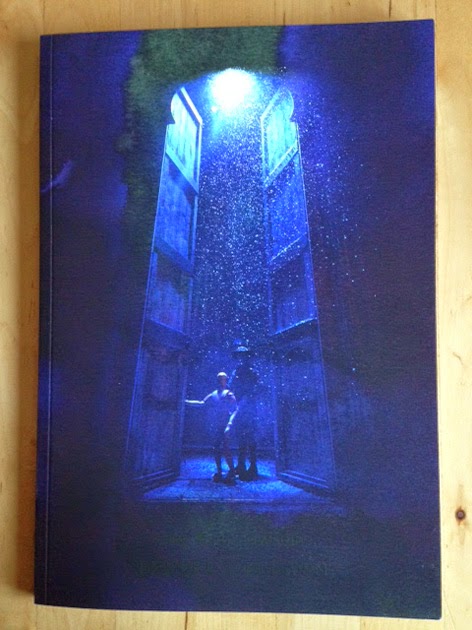 I still remember when, back in 1978, I came across Kate Bush.
I used to watch Top Of The Pops every week in the hope that they'd have something on that I'd like, but I was into bands like Pink Floyd, Rush, Black Sabbath, Led Zeppelin ... well .. you know the sort of thing, and such occurrences were rare.
I used to watch, with a kind of amusement, that people would buy the stuff that got in the Top 10, and felt somehow superior in that my taste in music was obviously better than the average person's.
So, imagine my surprise when Kate Bush danced strangely around the stage (I was used to Pan's People) and gave a rendition of Wuthering Heights that I just couldn't get my head around. What had I just experienced ? I'd never seen, or heard, anything like it. And, yes, I was 15, and I'll admit that there were things other than her music that attracted me...
I'd never bothered with buying Singles before, I just bought albums, but I headed off to a Record Shop in Sydenham and bought my first 45. I played it quite a few times and was mesmerised. And then came Hammer Horror and I was completely hooked.
The Kick Inside shared my record box with Pink Floyd, Rush and the rest and got as much airplay as any of them.
Over the years Kate has produced records that, to me, have always surprised and delighted. She's one of those artists who seems to reinvent themselves with each record and yet somehow keep their stamp on it. You just know who it is. If I'm honest I never quite got '50 Words For Snow' but that's probably because I've not given it a chance, there're just so many great Kate Bush tracks on my iPod to listen to.
I never in my wildest dreams ever thought I'd get a chance to watch her live, and was as surprised as everyone else when I learned that she was going to do a concert. I was even more surprised when Colin emailed out to say that as a member of her Fan Club, he could get tickets.
Would I be interested ?
Hell Yes !
And so, on the 13th September there I was. Sat next to Colin in Hammersmith's Odeon (as was) waiting for the curtain to rise on what was sure to be an experience to remember for the rest of my days; Before The Dawn.
We were asked not to take photos during the performance, which everybody had heard about before they arrived. In a way it was nice to be able to just sit back and enjoy the event and not worry about trying to get that photo that would capture it.
And then the curtain went up.
And so did everybody in the audience at the sight of Kate Bush walking onto the stage.
I've been to a number of concerts in my day but I've never experienced the wave of affection that washed down on Kate. I think that if she'd belted out a few tracks and left we'd have been happy and talked about how good it was for years to come.
What happened though was... well... undefinable.
Kate started with a few well known tracks and I must confess that I settled into my seat thinking that we'd get to sit through her back catalogue... which I'd have enjoyed.
But after 4 tracks the whole event took on a different persona.
It became a stage play... a musical... it mixed the feel of music video with stage musical... it had theatrics... it had crazy creepy costumes... it had holes appearing in the stage floor... it had a huge door... hell it even had a life sized artist's manikin.
It was crazy...
It was mesmerizing.
Even the programme has pages that cannot be opened, but the page numbering tells you that this is by design and not error, these pages are to be secret in some way.
And for me the whole event will remain a secret.
It was something that I will talk about for years with anyone else who was lucky enough to be there but you really had to have been there and experienced it to discuss it at all. Any words I try to use just wouldn't capture any of it, and so I'm not going to even try.
It should be a secret kept by those that went.
And I'm sorry about this, but I hope that no DVD of the event is ever produced ... that only those who were there get to experience it... a personal memory to take to our graves with us.
You can see part two of my report on An evening with Kate Bush- Part Two
Posted by Dave West at 15:56