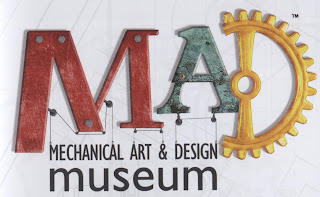 I took a day off work yesterday and took the family on a trip to Stratford Upon Avon. The town is famous as the birthplace of a long deceased writer called William Shakespeare, but more importantly, to me, it is where the Mechanical Art & Design museum is located. 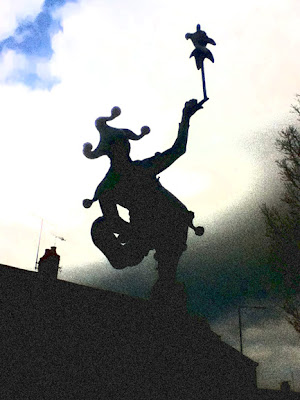 Now I must admit I was a little surprised by the £6.80 fee for entry, and multiple this by two and add a child and it's a sizeable amount. I've been caught out before by museums that promise much and deliver very little. I wasn't going to be put off though so I entered a rather dark room to a world of mechanical sounds. 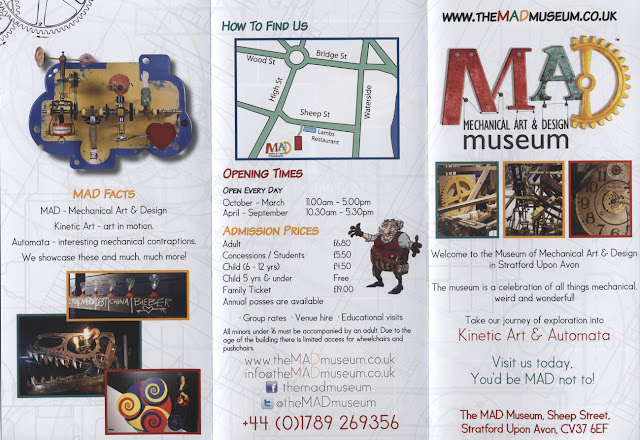 I was in fact in tinkerers heaven.
There were two floors littered with all forms of mechanical contraption. Most of them did something at the push of a button or were in some form of perpetual activity as ball bearings raced around tracks of wire. 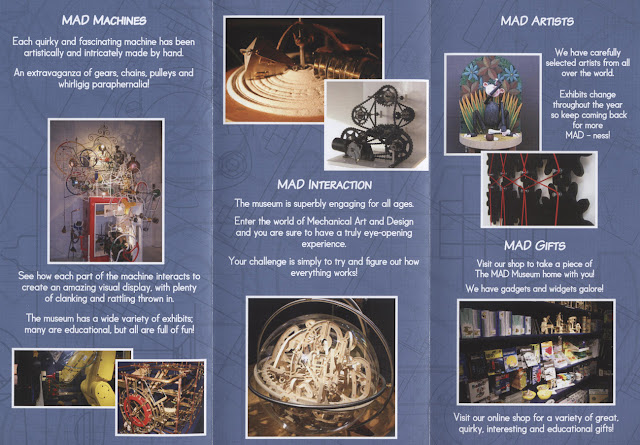 Now I like to build robots from all sorts of salvaged household appliances, and some odd items bought at car boot sales or antique shops (don't tell them though), but the guys who built these machines (on retrospect the word 'contraption's doesn't seem fair) are on a whole different level. Some of the pieces where some kind of kintec art, 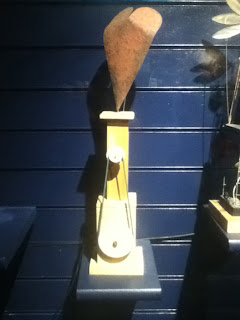 whilst others had strange little creatures manning (or is that flea-ing) exotic craft on some adventure or other. 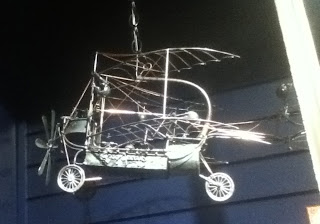 We spent a good hour in there marvelling at the creativity and effort involved in producing such elaborate structures. 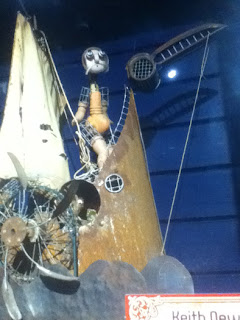 A great way to spend your time and well worth the price of entry.
I believe that they change their exhibits periodically so I'll be back some day to see what else is going on in studios across the globe. 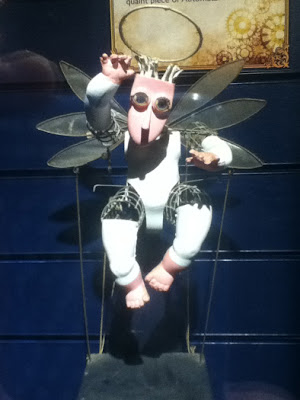 I don't feel so odd now, having seen that others are also out there tinkering away with salvaged bits and pieces.
Posted by Dave West at 04:36